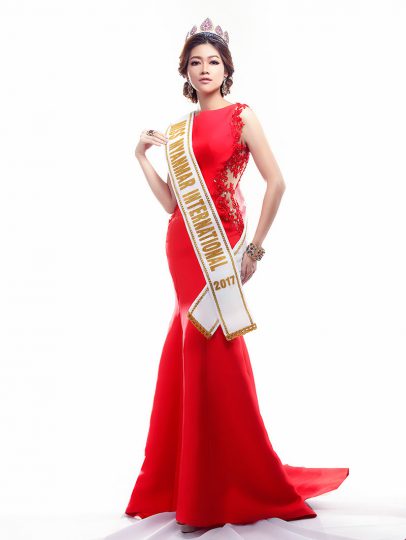 Sao Yoon Wadi Oo, the crowned queen of MMI 2017, earned her chance to represent Myanmar at the Miss International 2017 event in Japan, on her first attempt at a beauty pageant. Having released 3 songs, Wati is currently starring in two movies (“Hit Tine”, “Lu Gyi Lu Kaung Myar”). Prior to her sweet and sudden success, Wati founded and managed her own restaurant in Aung Ban, However, her passions always lay in becoming a versatile artist in the entertainment world. Wati believes the key to success is to be diligent and sincere, and continues to work hard, hoping to learn something new everyday from people around her. Wati has worked with charity organizations while helping out with donating porridge to patients in the hospitals. She also hopes to campaign against child sexual abuse and make contributions in parts of the society that are in need. In her free time, Wati likes to watch movies, read books and spend time with her friends and family who bring out the hidden comedian underneath her calm exterior.